We love testimonies of people finding hope and healing through discipleship groups. Here is one of them:

Veronica Madafu was pursuing her bachelor’s degree at a university in Tanzania when she passed out for the first time. She fell unconscious on her way to class for no apparent reason. She revived soon after, but episodes like that became frequent during her time at university. She soon reached a point where she would not go anywhere without a friend for fear of passing out.

Desperate, Veronica visited the national hospital in Dar es Salem. After an expensive examination, a heart doctor told her she had a mostly blocked valve in her heart. The medicine he prescribed was expensive and caused her to bleed heavily every month.

Seven years later, now graduated from university, Veronica was still suffering blackouts on top of the bleeding caused by the medication. A friend invited her to join a small discipleship group, using ICM’s Bible study lessons on audio players and study books from their local church. Veronica was not a follower of Christ, but she joined the group out of respect for her friend. 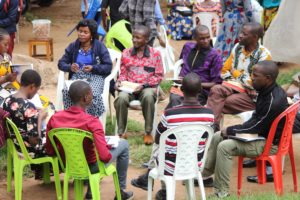 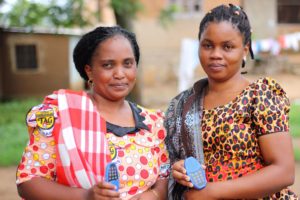 After some time, Veronica noticed that her bleeding was going away. Also, she could do more physical activity without blackouts. That’s when she realized that through studying the life of Jesus, she had come to know and believe in Him. Ultimately, she put her full trust in Jesus and is completely healed today!

Now Veronica tells everyone about her journey to healing through Jesus Christ. She is passionate about sharing Bible stories on her own audio player and has led many, including her husband, to Christ.

Through your prayers and support for ICM, people like Veronica Madafu are coming to know the Gospel of Jesus in discipleship groups all around the world. Thank you!